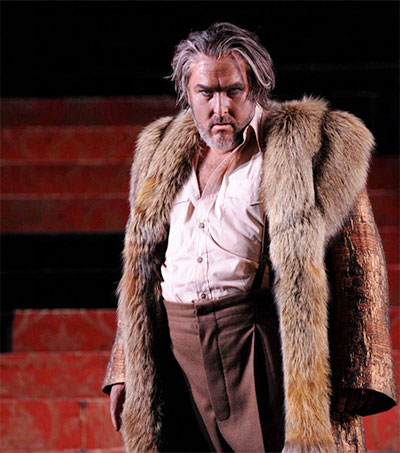 For most tenors, according to New Zealander Simon O’Neill, performing as Otello “is the Everest” of all roles. He plays the Moorish general for the Houston Grand Opera season.

Otello demands a tenor whose voice can both roar and whisper, and whose acting can convey a mighty warrior’s collapse. Singers who master the role are among opera’s rarest breeds.

When O’Neill played the larger-than-life title role in Richard Wagner’s Lohengrin for Houston Grand Opera in 2009, the company saw its opportunity to bring back Otello, artistic director Patrick Summers said.

“It’s a combination of an extraordinary artist we believe in and one of the greatest operas ever written, which is so rarely performed,” Summers said. “The combination made it so enticing.”

O’Neill didn’t perform as Otello until 2010, when the London Symphony Orchestra called him the night before it was to play a concert version. The original singer had pulled out at the last minute.

O’Neill’s voice rings out like a trumpet on the record, remaining fresh and secure until the end.

“I’m 42 now,” O’Neill says. “In the opera business, particularly for Otello, that’s pretty young. You’re going to see me doing this for a lot longer, I hope.”

Next, O’Neill begins rehearsals with the Hamburg Staatsoper in the role of Florestan for the company’s season of Fidelio.

O’Neill was born in Ashburton. He has a Master of Music degree from the Manhattan School of Music.