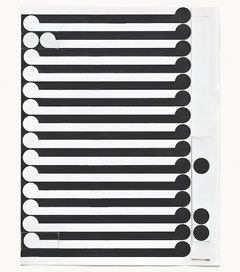 Walters and Millar are included in the large group exhibit as part of the gallery’s first exhibition for the new Berlin art season, “Schwarz/Weiß”.

The gallery website says: “There is perhaps no other contrast that is as fundamental as the contrast between light and dark. This doesn’t just apply to art, but is entirely existential. We need only to think how strongly we are tied to the continuous change between day and night.”

Discussing the clear disadvantages of distance and time, Morrison told EyeContact he was optimistic about the development in the last few years of a New Zealand artist’s ability to access overseas creative and commercial opportunities, even while still being based in the South Pacific.