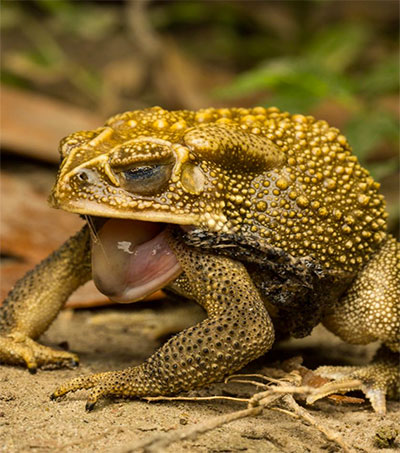 Unlike athletes who sweat and lose electrolytes during physical activity, cane toads are able to re-absorb ‘leaking’ salts during their shedding process, Wu and a team of scientists have found.

The availability of the pest species made them the perfect specimen, Wu said.

“It is not their fault … we brought them in here, we have this mindset that they are bad for the environment, which is true, but I am a New Zealander and that is how we feel about possums,” he said. “They are easy access animals.”

Wu observed that during the shedding periods, which happen once every seven to 14 days, the cane toads “leaked” a large amount of salts through the pores in their new skin before it fully developed, which took about an hour.

Despite this, blood tests of the shedding toads revealed the animal had lost no essential salts.

Wu said this was due to the new skin actively working to re-absorb the salts that were “leaked” out during the shedding process.

The cane toad study was published in the Journal of Experimental Biology.

Wu completed his undergraduate degree in New Zealand, working on a variety of species ranging from invasive koi carp to rare endemic tuatara.