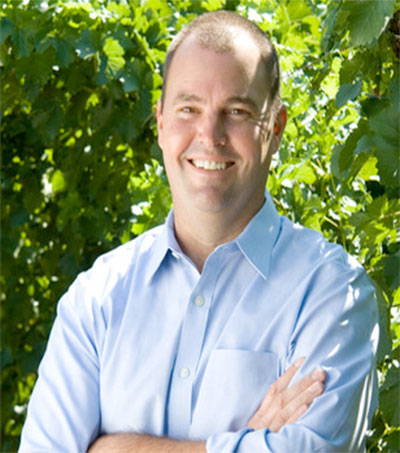 Studying hotel management in Wellington, Nancarrow enjoyed the wine classes, but swapped blancs for beer in his downtime.

Landing a restaurant job in Cape Town at 23, he accompanied the owner on winetasting trips through Stellenbosch and became so enamoured he enrolled in a local vintner course.

“As they started the technical side about vineyards, grape-growing and winemaking, I suddenly went, ‘This is fascinating. This is what I want to do,’” Nancarrow says.

Wanting to experience an overseas harvest, he arrived in Napa Valley in 2001 expecting to be cleaning out tanks at , but, in a stroke of luck, the assistant winemaker quit, providing an opening for Nancarrow that would lead to a decade of opportunities.

At Duckhorn, famous footballers or musicians like The Edge would make the trek from Los Angeles to stock up their cellars.

“The Edge did a private tour with his wife and they were lovely – very into wine,” he says.

Over the years, Nancarrow’s role became more focused on promoting wine and travelling.

After 13 years in Napa, Nancarrow is a mainstay on the local vintner scene.

He lives in the town of St Helena.