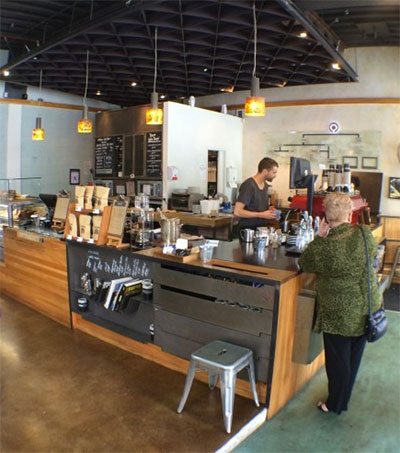 Some of the Best Coffee in the World

New Zealand is home to some of the best coffee in the world, according to the Malay Mail Online, which begins its tour of the country’s finest cafés in Auckland at Espresso Workshop.

“Espresso Workshop in the city’s revived Britomart neighbourhood isn’t the original (that honour belongs to their Parnell roastery and headquarters in Falcon Street) but that hardly matters when the coffee here is exceptional.

“How exceptional? Well, they’ve trained and produced Auckland’s top-ranked baristas annually since 2009. That’s a record that speaks for itself.”

In the South Island, “located on Lincoln Road, Addington Coffee Co-op is a former mechanic’s workshop turned into a café and roastery.”

“Much of the architectural features now rare in post-earthquake Christchurch are carefully preserved here. Addington Coffee Co-op redistributes 70 per cent of the profits back to the Christchurch community and to some of the overseas producers and communities that create the products they carry. Here is a space where the locals feel like they belong.”

And in Dunedin, the publication visits family-run business Dog with Two Tails.

“A cosy and eclectic café by day and a popular music venue and bar in the evenings, there’s awesome brunch fare (try the Bangers and Beans, served with sourdough bread) and even Kiwi craft beer.”