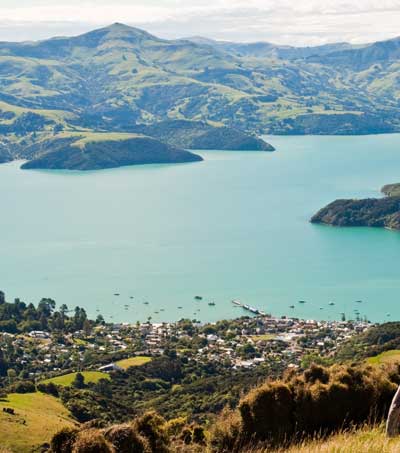 New Zealand’s Akaroa has been featured as one of eight romantic off the beaten track holiday destinations in an article in Malay Mail Online. The list has been collated by Booking.com. Akaroa is located on Banks Peninsula on New Zealand’s South Island.

“The Pacific Ocean cuts deep into the village, making it seem almost like an island,” reports the article.

“This little sheltered harbor town on the Banks Peninsula is a fine example of the kind of breath-taking rugged scenery New Zealand is known for,” as described on Booking.com.

“In contrast to its dramatic volcanic surroundings, the town itself has a sleepy and distinctly Gallic feel thanks to its history as a French settlement.”