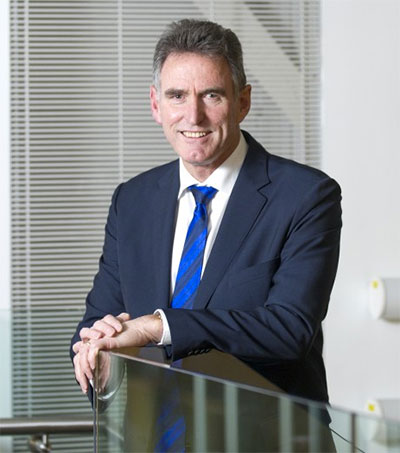 Banking Boss Ross McEwan Still up for the Fight

The Royal Bank of Scotland boss, New Zealander Ross McEwan tells the Telegraph about how the bank is helping UK’s small businesses and why trust is important.

Opening a new business start-up “hub” on the Gogaburn campus site in Edinburgh is McEwan’s way of showing, eight years after the bank’s £45bn bail-out at the height of the crisis, that RBS has changed. “To get into here,” McEwan says, “was four to five times oversubscribed. We’re seeing lots of interest.”

“Economically, the UK needs small businesses. Everything starts and finishes with small business, and getting entrepreneurs up and running is vital for the UK economy. There’s a second, and I won’t say selfish, but an alternative motive, for us. That’s around creating the entrepreneurial spirit within RBS, and changing the way we operate with entrepreneurs, in terms of what works, how they operate and how they think.”

As McEwan, 58, works to transform the sprawling bank (it still employs 90,000 people across 14 countries, albeit down from 161,000 across 37 countries at its peak) he is hoping some of the energy generated by these entrepreneurs will rub off on his staff.

Royal Bank of Scotland and its NatWest franchise, were also the first banks to end bonus payments for front-line branch and business banking staff. “We took those incentives and put them in their base pay. I don’t think there’s any bank that’s done that, and said, ‘The primary purpose of our people is to look after our customers and their needs.’ That was a major milestone.”

For now, 2016, is a year of hard yards: of rebuilding the bank and getting through a legion of regulatory and conduct issues, such as the FCA’s GRG probe and settlements related to the sale of US mortgage-backed securities, among others. In other words, a year of hard graft.

Does he still enjoy it? “It has been what I expected, but it does come at you daily, pretty heavily,” he confesses. The man once dubbed as having the hardest job in European banking is aware of the challenge, and be it picking up bits of litter, or changing the culture of a 90,000-strong bank, he is still up for the fight.