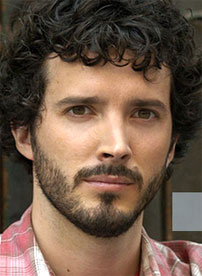 Wellington actor Bret McKenzie will star alongside Keri Russell in indie romantic comedy Austenland. In the film, Russell plays a woman with a secret obsession with Colin Firth’s Mr Darcy in the BBC adaptation of Pride and Prejudice — an obsession that makes it hard for her to find love because no real man compares. When she vacations to an English resort that caters to other like-minded women, her fantasy of meeting her real-life Mr Darcy becomes reality. Austenland is being shot in the UK. McKenzie, who will also appear in The Hobbit movie playing an elf from Rivendell, was recently named one of New Zealand’s most trusted people in a Reader’s Digest poll.