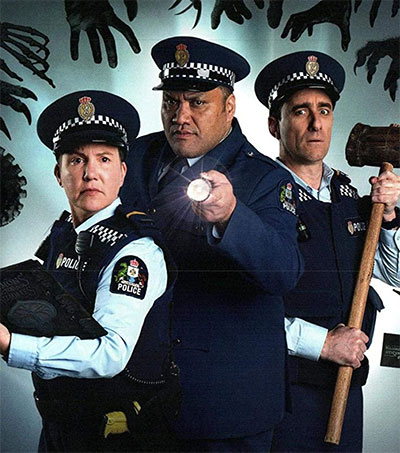 The peculiar brand of awkward, self-deprecating, deadpan humour Jemaine Clement, Bret McKenzie and Taika Waititi developed on stage in the late 1990s – let’s call it the Wellington School of comedy – has now gained a global following that teeters on the cusp of cult and mainstream, Karl Quinn writes for The Sydney Morning Herald.

Asked why it is Clement thinks their comedy has resonated so far and wide, he’s at a loss for an answer.

Now, bumbling has become almost a house style, especially when coupled with po-faced officialdom, Quinn writes. And in Wellington Paranormal – which is also a spin-off from the What We Do in the Shadows movie – it has found its apotheosis, with a gang of suburban police officers doing ongoing battle with a bunch of spooky creatures, impeded equally by their ineptitude and their bureaucratic obedience.

“It’s something I personally find ridiculous, and it’s in all my things,” Clement says.