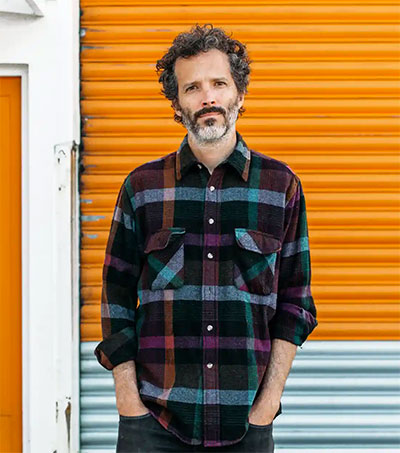 He has written duets for man and Muppet, parodied Morrissey in The Simpsons, and become Hollywood’s go-to for bringing ‘heart’ to the movies. Now Academy Award-winning Wellington musician Bret McKenzie, 46, is ready to see if people want to hear the guy behind the gags, Laura Barton writes for The Guardian.

This year, McKenzie’s career takes an unexpected turn with the release of his first non-comedy solo record, Songs Without Jokes. Its tracks carry notes of Steely Dan, Harry Nilsson and Randy Newman, its contributors include some of Los Angeles’ most-revered session musicians, and while there is unquestionably great wit at play, there is also sincerity and real tenderness, Barton reports.

“To try and not be funny was a curious songwriting challenge,” McKenzie says.