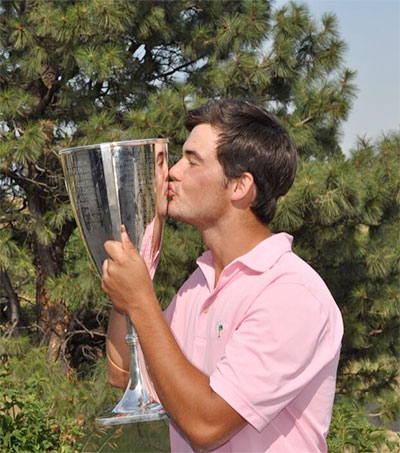 Beale, who last week finished fourth in the Sahalee Players Championship, capped off the “Western Swing” with a title-clinching par.

Oregonian Sports reported: “Beale poured in the putt of the day on the 24th hole when he drained a 30-foot downhill snake to regain the lead. He then won the 25th hole to go 2-up, after Madey could not take advantage of a monster drive to within 10 yards of the green on the downhill 425-yard par 4. Beale found the rough with his drive, but stuffed it to eight feet and made the putt.”

Beale is a senior at Mercer University in Georgia.