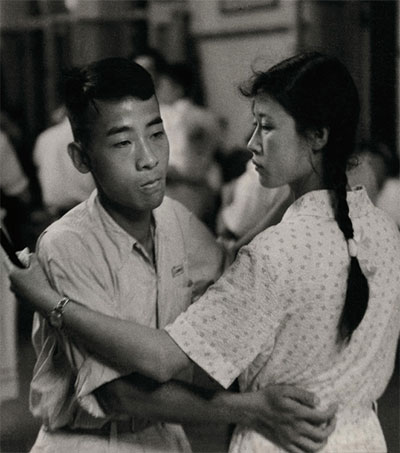 As Seen in China by Tom Hutchins

Before New Zealander Tom Hutchins died at the age of 86 in 2007, he and fellow photographer American John Turner completed, after two decades of work, a master list of Hutchins’ choice of his most significant photographs of China taken in 1956.

Hutchins spent four months in 1956 travelling through China on an exclusive assignment for Life Magazine. Few foreign journalists were permitted visas to enter the country at the time and his photographs form a unique insight into a China very much in transition, according to China Daily in a 2010 feature about Hutchins.

The world’s first exhibition of the work chosen by Hutchins was shown at the Pingyao International Festival of Photography, Shanxi Province, in the People’s Republic of China, in September 2016, coinciding with the publication of a bi-lingual book, Tom Hutchins Seen in China 1956.

The exhibition and publication of Hutchins’ China essay is drawn from the 600-plus images he chose as his master list, to start to honour his status as an independent eyewitness and participant-observer of a new nation in the making.

“Some time in the 1960s Hutchins wrote the following note trying to wrap up the essence of his China work for a potential publisher,” Turner writes for digital magazine L’Oeil de la Photographie. “His book, he wrote is ‘A picture record from a four- month journey through China – from the personal point of view of a humane but not uncritical observer more interested in the visible evidence from accessible aspects of Chinese life than in imposing self-expression on a foreign background.’

“He was, I think, attempting to describe the all-important point of difference between his approach to China and that of already published foreign photographers such as Henri Cartier-Bresson and [fellow New Zealander] Brian Brake, whose work he may have thought, in other words, was a little too subjective and too “arty”. Be that as it may, Tom’s own work can be seen now, and more time might tell.”

There are nearly 1000 of Hutchins’ China photographs available for reference and study on Turner’s website.