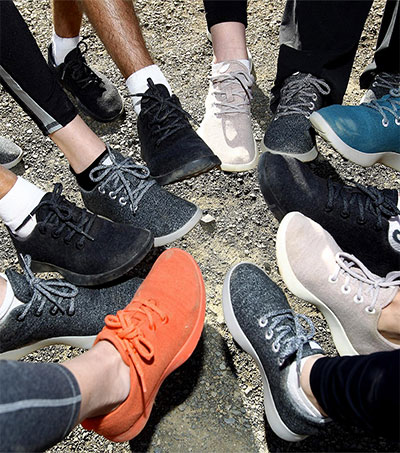 San Francisco-based Allbirds will open a brick-and-mortar store in Shanghai in the coming months. By the end of the year, it plans to have stores in Beijing and Chengdu. It will also be rolling out its goods on Alibaba Group Holding Ltd.’s Tmall online shopping website as well as building its presence on Chinese social media services including WeChat and Weibo.

In 2016, Allbirds launched with a single type of shoe, called Wool Runners, made from sheep’s fleece. It branded itself as an eco-friendly company that makes the “world’s most comfortable shoes”, and the style caught on, selling more than a million pairs in two years. The soft, machine-washable shoes (the company has since added versions made from plant materials) have become part of the standard uniform of California entrepreneurs and investors. It attracted devotees like Google co-founder Larry Page and venture capitalists Ben Horowitz and Mary Meeker – and expanded beyond the tech set as well, with celebrities like former President Barack Obama and Leonardo DiCaprio donning the shoes. DiCaprio is also an investor in the company.

Large Chinese e-commerce companies had approached Allbirds fairly early on about the possibility of selling on their platforms, said Zwillinger. Zwillinger had been a clean-technology engineer before he started the company with Brown, a former professional soccer player. The overseas interest prompted the pair to examine the market more closely.

“We see pent-up consumer demand in China,” Zwillinger said, noting that customers have been purchasing its shoes with Chinese credit cards, and that tourists from the country frequently visit company stores. He added that the same drivers of Allbirds’ popularity in the US are also present in the Chinese market, including rising concern for the planet and a desire for comfortable footwear amid more casual and mobile work environments. “We’re confident that all the trends we’re seeing in the US are a perfect storm sitting in China.”

“The Chinese shoe market will be larger than the US one in a number of years,” Zwillinger said.