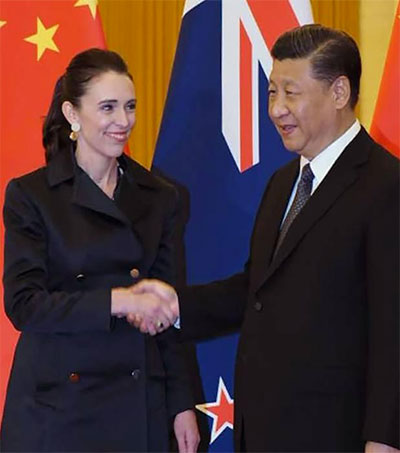 New Zealand has been aware for some time now of a “growing assertiveness” and a “growing interest” in its region – explicitly from China, according to Prime Minister Jacinda Ardern, Karishma Vaswani writes for the BBC.

Ardern also spoke of the need to work together with China, on areas of “natural mutual interest”, Vaswani reports.

Speaking to the BBC in an exclusive broadcast interview, she stood by what she called her country’s “mature relationship” with Beijing, but still expressed her “disappointment” that the Solomon Islands had cemented a security deal with China, fuelling fears Beijing could set up a military base on the island.

“Where there are areas we can work together, we will – but there will always be areas in which we will not necessarily agree and when those areas arise, we are very forthright and clear on our position.”

Ardern recently spent a week in Singapore and Japan on her first trip overseas since the pandemic began.