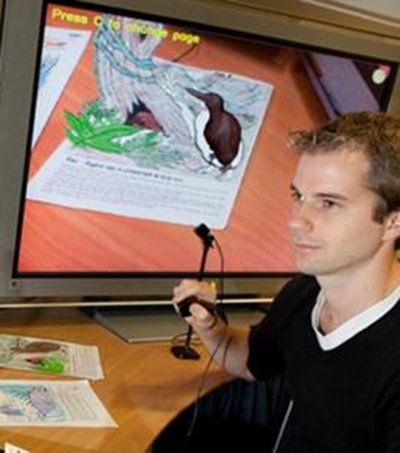 A kiwi invention is taking the beloved pastime of colouring-in to a whole new, high-tech level, allowing kids’ colouring creations to come to life.

The app works through augmented reality (AR) technology, which allows users to see 3D computer graphics hovering over 2D coloured images on a smartphone or iPad.

The technology is based on research carried out by Adrian Clark, Puteko’s head of research and development, who is doing his PhD at the University of Canterbury.

Puteko was formed in 2012 and released the colAR Mix app last year to much fanfare, with one reviewer calling it “the colouring book of the future” and a “pretty much perfect” example of AR.

Puteko’s new chief executive, Edwin Darlow says there are an increasing number of AR apps around but the colAR Mix app has a key point of difference.

“However, Adrian’s research focused on finding a way to make the marker, as it’s called in AR, able to be modified. So with this app people are actually able to colour-in the images – or modify them – and those changes can then be incorporated into the AR environment that pops up.”

The tech firm has caught the eye of angel investment and advisory firm Sparkbox Ventures, who invested $220,000 in Puteko last September.