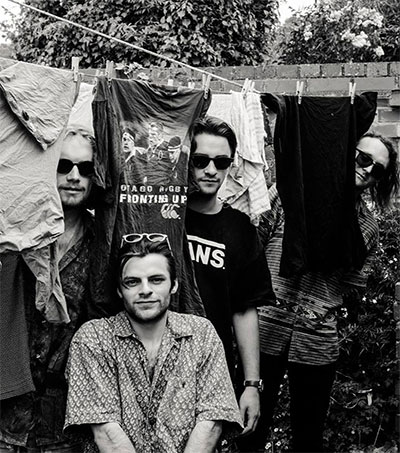 Dunedin-based indie-rockers Albion Place had a big 2017, with the group’s debut album Mascuzzi Jacuzzi released in December, and their Australian summer tour about to begin.

The release of Easier in May and If This Is How You Feel in September – the first two singles of debut album Mascuzzi Jacuzzi – firmly heralded the foursome as a one of New Zealand’s most dynamic young groups.

Taking its name from the street whereon the four high school friends used to busk after school, Albion Place’s music has become the soundtrack to the Otago student lifestyle, selling out venues across New Zealand.

With its themes of youth, existentialism and love, Mascuzzi Jacuzzi is a coming-of-age album, the Sunshine Coast Daily writes.

Albion Place will be bringing its indie dub music to Australia for the first time, including a show at The Shared, Yandina in Queensland on 13 January.