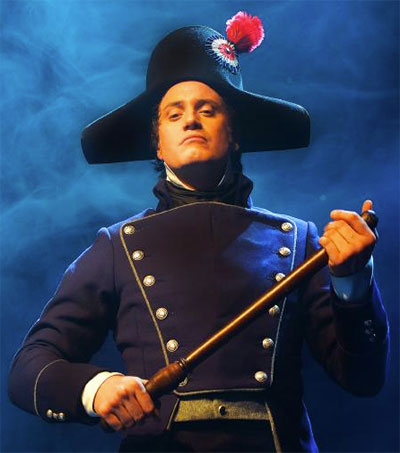 New Zealand-born, NIDA-trained actor Hayden Tee has received critical acclaim for his portrayal of Javert in the world’s longest running musical, Les Misérables, which has made its long-awaited return to Brisbane.

“Audiences’ reactions [to Javert] have been fascinating; Perth booed a lot at curtain call,” Tee says.

“I never saw him as a villain … he is the antagonist though.

“Like in life, no one’s right or wrong; they’re just doing what they think is best in that moment.”

Next year, Tee is off to New York to play Javert on Broadway.

Set against the backdrop of 19th-century revolutionary France, Les Misérables spans several decades and through its main and supporting characters explores the universal themes of broken dreams, unrequited love, passion, sacrifice and redemption.