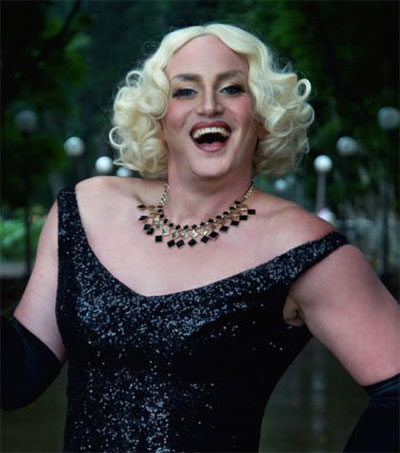 New Zealand-born musical theatre performer Hayden Tee has been playing the role of Javert in Les Misérables since 2014, first as part of the Australian cast, then on an international tour, and finally on Broadway and the West End. He is currently taking a brief break from the West End performing the dual roles of Lana and Lea Sonia in a Sydney production of the Australian musical Only Heaven Knows.

“Lana is incredibly effeminate and quite grand,” Tee says. “He’s unashamedly homosexual, especially for the 40s and 50s, and very funny. He deals with things with humour and avoids realness.”

“I have some similarities with every character, but Javert is pretty far from me on a day-to-day basis, whereas Lana is … pretty close.”

Lana is one of the people who the show’s protagonist, the young playwright Tim, meets when he moves to Sydney. Tim becomes part of a community of queer people and misfits in Kings Cross.

Tee had a similar journey to Sydney as an 18 year old, when he moved to study musical theatre at NIDA.

“It’s very much a story that I relate to, about a young person coming to Sydney,” Tee says. “It’s still happening now – Sydney is still a place that people come to to find their own community and find their family.”

Tee also plays the ghost of the popular female impersonator Lea Sonia, who was a headline star of Sydney’s Tivoli Theatre until her death in 1941. Lea appears as a kind of narrator, as well as a spirit overseeing the events of the play.

Tee won a Colleen Clifford Memorial Award for Best Actor in a Music Theatre (male) at the 2015 Glug Awards for his role of Javert.

He is originally from Northland.

Only Heaven Knows is on at the Hayes Theatre from 26 May to 1 July.