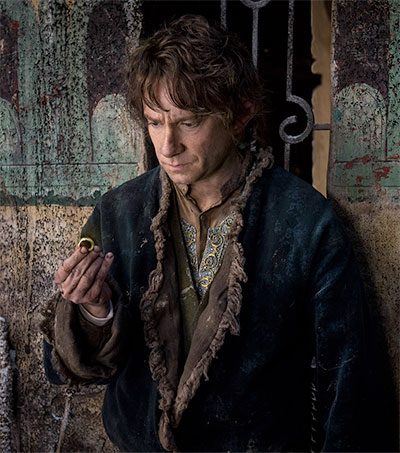 “The Hobbit trilogy has been incredibly successful on a domestic and worldwide stage,” Forbes contributor Scott Mendelson writes. “The three-film trilogy cost around US$765m to produce and made US$2.916b worldwide thus far. Yet no one seems to have paid it much attention.”

“This is as good a time to remind everyone that the Middle Earth prequel trilogy … was an unmitigated financial grand-slam for all parties.

“Much of the talk about The Hobbit: An Unexpected Journey back in December 2012 centred around whether or not the new trilogy was artistically necessary, whether or not it was reasonable to stretch one 300+ page children’s book to three 2.5-hour movies, and Peter Jackson’s controversial decision to shoot the film in 48 frames-per-second. But controversies and critical disapproval aside, The Hobbit: An Unexpected Journey opened with an US$84.6 million debut weekend, a record for December, and a US$230m worldwide debut. The film quickly vanished from the zeitgeist with controversies over Zero Dark Thirty and Django Unchained along with Oscar punditry involving said films and Les Misérables dominating the cultural conversation.

“Yet An Unexpected Journey eventually earned US$303m domestic and US$1.017b worldwide. It was the fifth-biggest domestic grosser of 2012, behind The Avengers, The Dark Knight Rises, The Hunger Games, and Skyfall, the fourth-biggest grosser of the year worldwide.

“Come what may, The Hobbit: An Unexpected Journey was a massive hit and re-established the Peter Jackson Middle Earth franchise as a prime cinematic blockbuster factory. It was also perhaps the quietest US$300m domestic/US$1b worldwide grosser in history.”