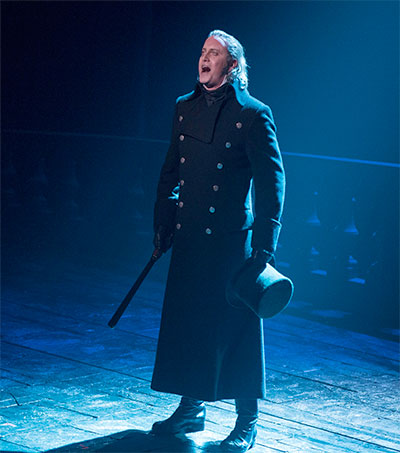 New Zealand-born Hayden Tee has “won rave reviews for his commanding, menacing performance” as villain Inspector Javert in the Australian production of Les Misérables on at Sydney’s Capitol Theatre.

In early 2013 Tee was in Pittsburgh performing in a musical called 1776, playing a strutting landowner with a chilling song extolling the slave trade. The US tour of Cameron Mackintosh’s new production of Les Misérables happened to be in town and, unbeknown to Tee, someone from the company saw his performance.

Out of the blue Mackintosh’s London office asked for videos of him singing Stars from Les Mis and his song from 1776.

“I think it’s absolutely the most favourite role that I’ve ever played,” says Tee, who in 2005 portrayed the love-struck student Marius in London’s West End.