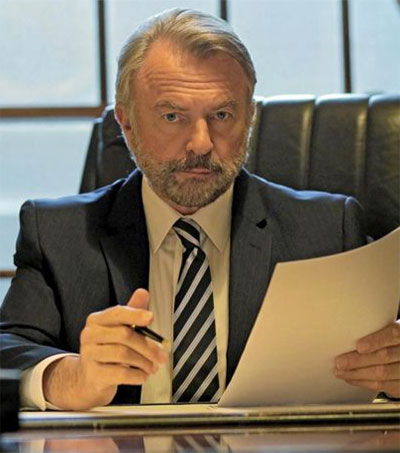 “You’re familiar with the story of Icarus who flew too close to the sun and his wings melted and he plummeted into the sea – it has a quality like that,” Neill said.

“There’s something mythic about it.”

House of Bond chronicles the rise of ten-pound Pom Alan Bond as he goes from sign-writer, to property investor, entrepreneur and Australian sporting hero when he bankrolls the country’s America’s Cup win.

But Neill comes onto the scene as Tiny Rowland, the man responsible for the tycoon’s downfall.

“He was very charming, charismatic but ruthless,” he said of the character.

House of Bond might be one of the last chances we will get to see Neill in an acting role for a while, aside from a stint as a “cantankerous” Mr McGregor in Peter Rabbit, as he has a project of a different nature on the boil.

“Now I’m away, coming and going for about six months on a very long documentary series which we’re doing at the moment,” he said, before adding the venture involved lots of travel, both in Australia and abroad.