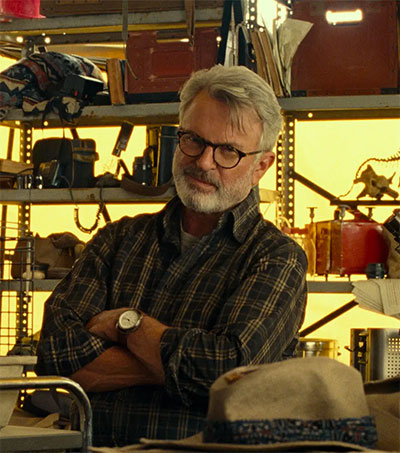 Though nearly three decades have passed since New Zealander Sam Neill, Laura Dern and Jeff Goldblum starred in Steven Spielberg’s 1993 dinosaur epic, that series-starter still manages to resonate in impressive ways. Now, five sequels later, the new Jurassic World Dominion, has brought the three actors back together in a bid to recapture the original’s magic. Neill recalls the time he watched the original with Princess Diana.

“These Jurassic films, they’re often known as dinosaur films, but if you’re not interested in the people, the films don’t work,” Neill told New York Times correspondent Kyle Buchanan. “Dinosaurs are the bit players, albeit awesome ones.”

“The last time I watched it in its totality was sitting beside Princess Di at Leicester Square at the London opening. On the other side of me was my son Tim – he was 11 and completely swept away by it, but about the time the T-Rex turns up, Tim started to fart. And the draft was drifting across me to royalty! I spent the whole film in a muck sweat, thinking, ‘Princess Di is being exposed to the horrors of a little boy’s fart, but she’s going to think it’s me. I am going to be subliminally blamed for my son’s crimes, and I don’t think she’ll talk to me afterwards.’ But she was well brought up and never mentioned it.”