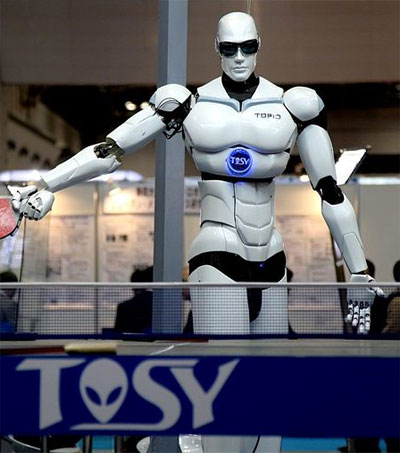 The reason for shades of technological white in the creation of robots may be racism, according to new research undertaken by the Human Interface Technology Laboratory New Zealand (HIT Lab NZ) and published by the University of Canterbury. CNN reports on the findings of the study, “Robots and Racism”.

These colours have been found to trigger social cues that determine how humans react to and behave toward other people and also, apparently, robots.

“The bias against black robots is a result of bias against African-Americans,” lead researcher Christoph Bartneck explained to The Next Web. He told CNN, “It is amazing to see how people who had no prior interaction with robots show racial bias towards them.”

The researchers think this is an issue that needs to be addressed. “If robots are supposed to function as teachers, friends, or carers, for instance, then it will be a serious problem if all of these roles are only ever occupied by robots that are racialised as White,” according to the study.

The robots used in the study are clearly robots but have human-like limbs and a head, with exterior complexions that are white – which is to say, pinkish – or black – really, a deep brown. In the “shooter bias” test, black and white people and robots appeared on a screen for less than a second, and participants were told to “shoot” those holding a weapon. Black robots that were not holding weapons were shot more than the white ones not carrying guns.

Robot designers come from all corners of the world, Bartneck pointed out, yet they still idealise white robots.

“Human-shaped robots should represent the diversity of humans,” Bartneck told The Next Web.