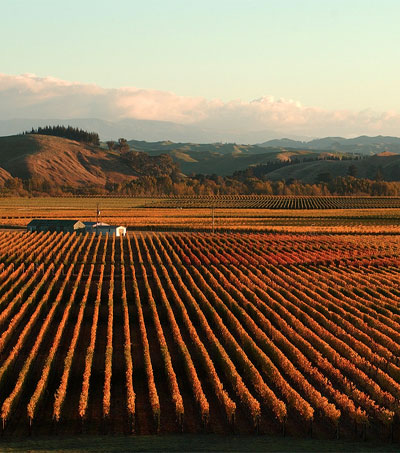 Wine lovers in the United States are drinking more New Zealand wines than ever, with double-digit annual percentage increases in the value of imports for the past five straight years, lifestyle magazine Wine Spectator reports. As demand increases, investors are also developing a taste for our wine.

New Zealand is one of the fastest-growing categories of wine sold in the US – imports grew 13 per cent last year, to nearly $300 million worth of wine, according to New Zealand Winegrowers. America has jumped to become New Zealand’s second-largest market, just behind Australia, and some industry analysts suggest the US might become the largest market within a couple of years.

Charles Banks and his winery investment group Terroir Selections acquired a controlling share of New Zealand brand Trinity Hill in February. This is Terroir Selections’ first foray into New Zealand, adding to a portfolio of high-end producers in California, South Africa and Burgundy. “It’s an amazing place with amazing people,” said Banks. “Why wouldn’t you want to do business [in New Zealand]?”

As American wine lovers continue to raise glasses of New Zealand wine, it’s likely that more of these wines will be made by or owned by Americans. Asked if he had his eye on any other New Zealand investments, Banks replied, “No doubt more to do on the horizon. Some sooner than others.”