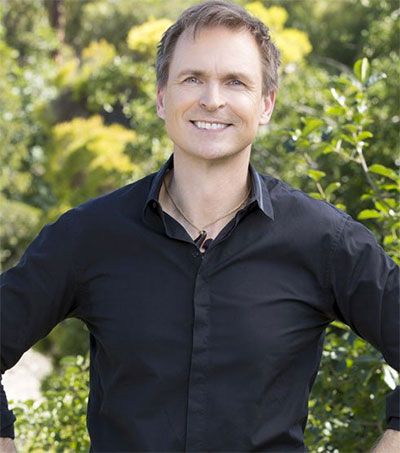 With the cold of the Northern Hemisphere winter settling in and outdoor activities coming to a standstill, there’s nothing better to get your heart pumping than reality TV favourite The Amazing Race, hosted by New Zealand-born Phil Keoghan. The ten-time Emmy Award winner for Outstanding Reality-Competition Program is now on its 30th globetrotting expedition.

Though a group of individuals works tirelessly behind the scenes in three to six different continents every season to make sure things go off without a hitch, there’s one person who serves as the veritable face of the franchise: Phil Keoghan.

The man behind the mat has been cheekily raising eyebrows, taking dramatic pauses, and mournfully eliminating teams since the show’s very beginning in 2001. Starting his career as a television personality and reporter in his home country, he initially came CBS’ way to audition for the host of Survivor.

Though the tribe had spoken, the network had not, and he was offered to continue country-hopping as part of The Amazing Race. Since then, he’s created another television show and companion book No Opportunity Wasted about living one’s life to the fullest, as well Le Ride, a film which recreates the 1928 Tour de France ride led by New Zealander Harry Watson, in honour of his love of cycling.

“We were all really hoping we would get an opportunity to get to season 30, to have that historic moment of saying, ‘This is the 30th season of The Amazing Race.’ It feels different than other seasons,” Keoghan says.

“Amazing Race does incredibly well overseas, it’s been the number one show in a number of countries around the world. So the fact that I come from New Zealand and we have a different perspective on the world has actually been a bonus in the end.”