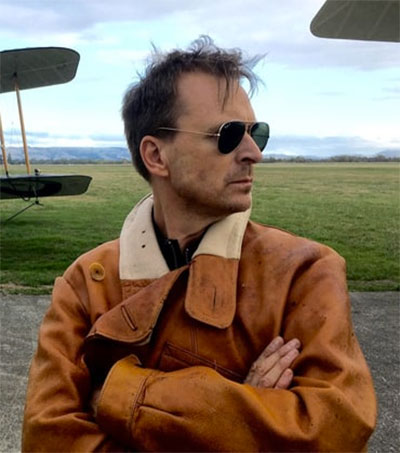 Phil Keoghan’s 16-year tenure as host of The Amazing Race means he never spends too much time in any given place. But in his off-time from jet setting around the world filming the show’s upcoming 30th season, he’s taken a moment to slow things down and travel cross-country through just one country: his homeland of New Zealand. Men’s Journal tracks Keoghan down for an interview.

His new special Flying High with Phil Keoghan on the Smithsonian Channel is meant to showcase the human side of New Zealand, rather than the rolling hills and fields of sheep the country typically conjures up. According to the Channel, Keoghan visits eccentric and fascinating places and people who epitomise the spirit of New Zealand innovation.

“Part of the reason New Zealand people are so innovative and resourceful comes from the challenges of living in a very tough environment where a lot of times you have to be in survival mode,” he explains.

“It’s this incredible isolation where we’re the last habitable place on earth to be populated. We are at the bottom of the world, literally, and that resourcefulness has come from necessity. My grandfather’s generation for instance couldn’t just go to the store to buy a part to fix something because they’d have to order it from America or England and it would take weeks and weeks to get there so they come up with a fix.

“The guy who split the atom is a New Zealander, Sir Ernest Rutherford, and he came up with one of my favourite quotes ever which is ‘We’ve got no money, so we’ve got to think.’ But what makes that statement in New Zealand so unique is the environment that people have to apply that mindset to because we’re a country of fire and ice and extremes.”