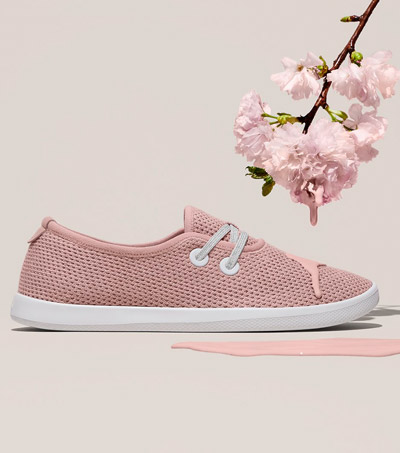 Allbirds Wants Your Next Sneaker to Come From Eucalyptus Trees

“Allbirds, the Silicon Valley startup behind a wildly popular wool sneaker, is pivoting from sheep to trees,” writes Kyle Stock in an article for The Financial Post. The sneaker brand is releasing two new models – Tree Runner and Tree Skipper – “made with the fibres of eucalyptus trees, effectively doubling its product line.”

“We’ve been the leaders, you could argue, in creating a new class of footwear,” said co-founder Tim Brown of the company’s novel use of wool. “And at first glance, shoes made out of trees don’t make a lot of sense, either.”

“Allbirds said eucalyptus will require only five per cent of the resources that go into a traditional shoe made of leather, plastic, rubber or some combination thereof.”

The venture-capital darling “is hoping its eucalyptus line, which wicks away sweat, will strip some of the seasonality out of its business and expand sales in America’s southern climes, as well as in markets such as Australia.”

“Co-founder Joey Zwillinger, a biotech engineer, said the company has been developing the new material since its launch two years ago. In the interim, the company’s wooly business has grown at a pace that surprised even its co-founders,” according to the article.

“We’ve been blown away by the success that we’ve had. We vastly underestimated the power of the idea of comfort,” co-founder Tim Brown said.

Wool seems to be having a moment, according to Brown with brands like Nike incorporating merino wool into both its Air Max line and its Air Jordans.

“If we’ve been part of the leadership of that, we’d be humbled and flattered,” said Brown.