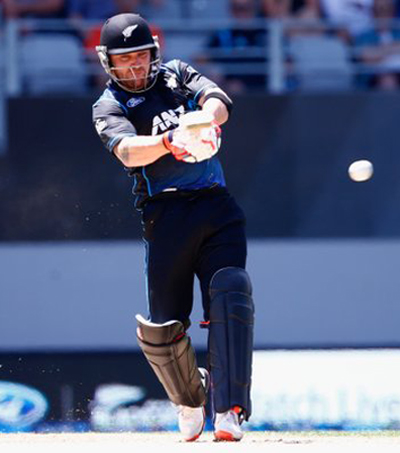 A Touch of Baz

“Few teams are having as much fun playing cricket as New Zealand, and it’s thanks in large part to Brendon McCullum,” writes Dylan Cleaver in Cricket Monthly.

During McCullum’s time as a captain the team culture changed significantly – also with the help of renowned mental skills coach Gilbert Enoka.

From his experience in previous tests, McCullum learned how important it was to “play cricket for cricket’s sake, not because it could make you rich and famous, or because it was what your schedule said you had to do, or because you wanted to prove to the other team what a big man you were.”

In the winter of his career, McCullum has morphed into an inspired and inspiring captain, an almost incandescent presence at the crease who has compiled monster Test scores, a believer in the spirit of cricket, and an admired figure in world cricket.

“There is a special kind of mayhem when McCullum is batting and in the zone: the feeling that every ball could result in any one of three things – four, six or out. Once he passes the century mark at Hagley Oval, he’s in that zone. If his batting was brutal before, it’s apoplectic now.”

When McCullum scored his 302 at the Basin Reserve earlier in 2014, he won respect and admiration from most, but not all, of his harshest detractors.

“I’m never going to go down as a great player or have great stats. I spent too much time worrying about numbers when I was younger, but then I realised stats can tell you what you want to hear. I enjoy following other people’s statistics, like Kane and Ross’, more than mine. What I’m most proud of is that I’ve learnt from my mistakes. I’ve changed from a keeper-batsman to a batsman and I’ve got better,” said McCullum.