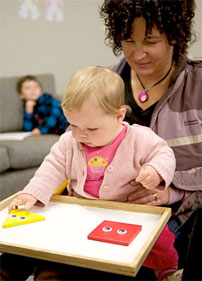 A Question of Morals

University of Otago researchers have challenged a landmark US study, undertaken by Yale University, that indicated infants are born with a moral compass that enables them to recognize “good” and “bad” behaviour. The American researchers claimed their 2007 study provided the first evidence that infants aged 6 to 10 months showed a preference for individuals who helped rather than hindered another individual. Otago researchers say their study has shown that morality was not innate. “It is something that develops with experience,” lead Otago author Dr Damian Scarf said. “Obviously, the idea that morality is innate is extremely interesting and, if true, would raise questions about which components of our moral system are innate and also have implications for the wider issue of the roles that nature and nurture play in development,” Scarf said.