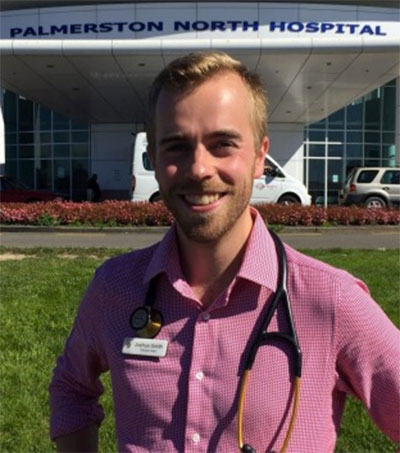 Palmerston North-based medical student Josh Smith is heading to American Ivy League institution Yale University to learn a technique that could shape the future of healthcare.

Smith is in the final year of his medical training and at Yale will study in carrying out point-of-care ultrasounds.

Unlike standard ultrasounds, these can be delivered at a patient’s bed, speeding up decision-making – especially at the emergency department.

“People have been saying ‘one day we won’t use stethoscopes anymore, we’ll all carry a pocket ultrasound’,” Smith said.

“It is safe, it is quick, it is cheap and allows you to make decisions at the bedside.”

With growing numbers of people coming into the emergency department, speed was key.

“Anything we can do to improve efficiency is of interest. That is why I think it is an important area to develop.”

Smith said Yale only offered about 100 spaces on each training course, but received about 1000 applications.

Before travelling to America, he will work out of the emergency department at Port Moresby in Papua New Guinea for five weeks. From there he will head to Yale in New Haven, Connecticut, for four weeks.