As founder and chief of an international New York headquartered corporate human resources firm, expat Kiwi John Wareham visited a cocaine addicted client incarcerated at Rikers Island in 1997, and, impressed by the untapped talent of the inmates, refocused his life. 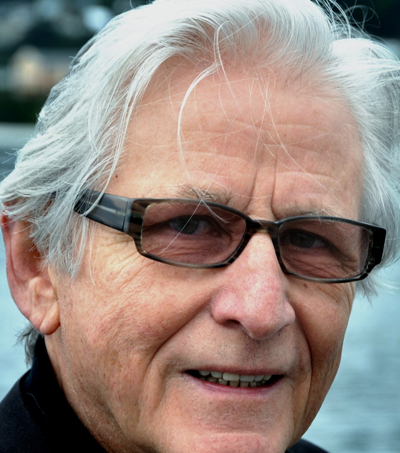 He established the not-for-profit Eagles Foundation and created a prison program, Taking Wings, to help incarcerated men realize a pathway after their release to claim a life of meaning and productivity.

The program has been changing lives ever since,” says Wareham, “and since 2005 has enjoyed a single digit recidivism rate.”

“Lives were changed in front of my eyes,” says Habersham. “So when I jumped into the race for US Congress I asked John to run a Taking Wings program in Harlem. He said, ‘yes, but this time, let’s make it a train-the-trainers’ program and co-present with outstanding past graduates.”

“It was an honor to be invited to share the platform with John and Richard,” says event co-presenter, former U.S. Black Power leader and long-term maximum security inmate Charles ‘Hassan’ Gale. “John’s teaching reputation caught my attention, and I was able to bring his program to the attention of prison authorities, who invited him to present a 13-week course at our Wallkill prison in Upstate New York.”

“Those Wallkill sessions were electrifying,” says former fellow inmate and Harlem co-presenter Anthony ‘Talib’ McFadden. “It was like being pulled into a university level cram course of life-altering ideas. John shared stuff from the likes of Plato, Freud, and Shakespeare, and laced it all together with readings from Martin Luther King Jr, Malcolm X, and Spike Lee. Nothing was off-limits. It inspired me, upon release, to pursue and graduate with a masters degree in social work.

“The results of this 2019 Harlem pilot event speak for themselves,” says Habersham. “We drew participants from various New York re-entry programs including the Ready, Willing and Able contingent of men earning a living by sweeping the Manhattan streets. Every last participant gave us a perfect score for both the practicability of the content and the quality of the delivery.”

“Our program is unique,” says Wareham. “We share a memorable and innovative model for understanding and escaping the cycle of serial incarceration. But we also address mistakes intrinsic to conventional wisdom that become fatally imbedded in other programs.

“Some people look at prison populations and say, “the system is racially biased, because way too many people ‘of color’ are incarcerated.” Sure, race and institutional bias factor into why people land in jail. And, yes, of course, we need to acknowledge and address that. But, in point of fact: the prison population—of every hue and ethnicity—is almost exclusively comprised of dispirited strugglers and stragglers from the lowest socio-economic rung. They’re mostly in prison because of need, not color or race.

“Conventional wisdom also mistakenly assumes that drug addiction is a major underlying cause of crime. In fact, drug use is a symptom not a cause. Addiction mostly springs from a journey of attempted self-soothing embarked upon by lost souls depressed by their inability to escape that demeaning, lowest socio-economic rung. So the typical denizen of that bottom social stratum hangs crucified between two thieves: Crime which promised to fix the income shortfall, and Drugs which promised to ease the pain of failure.”

“My goal,” says Habersham, “is to secure the safety and spirit of my district, being Harlem, the Bronx and the Heights. So I welcome this project as an innovative, cost effective means to helping ‘at risk’ citizens create productive, happy lives.”

Wareham takes a broader view: “Inside prisons we need to change the mission from punishment and warehousing to rehabilitation and the creation of motivated, productive, lawful, self-reliant, tax-paying citizens. On the outside, we urgently need to recognize that robots, ‘electronic immigrants’ and computer software have displaced the need for skilled and unskilled labor and created unfair and obscene levels of income inequality. So the time has arrived for every citizen to receive a guaranteed basic income, just for being alive. To be fair, we already have such a system in place. Unfortunately we call it welfare, and stigmatize anyone who accepts it.”

Wareham is also a widely published author whose work includes the business bestseller, Secrets of a Corporate Headhunter, the crossover life-changer How to Break Out of Prison, as well as two novels and the poetry anthology, Sonnets for Sinners.

Richard Habersham a former child actor featured in the iconic Spike Lee movie Do the Right Thing , then made a career in broadcasting. He is also president of the New York chapter of the Eagles Foundation.

The event was sponsored by an anonymous corporate donor, and is the pilot for an initiative extending to a larger community.

In the mid 1980’s when the Whakatu meatworks closed we ran a programme at Waiohiki to support workers made redundant by the extraordinary restructuring of our economy. Men and women who…