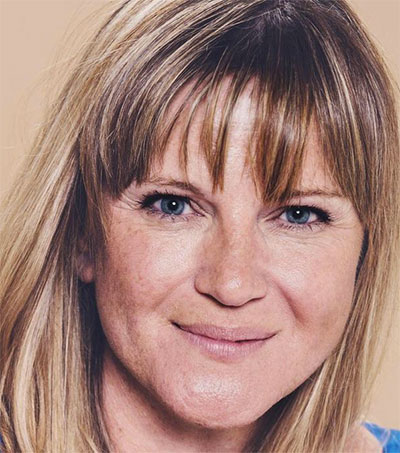 New Zealand-born Dubai-based radio presenter and author Brandy Scott sits down with reporter Ashleigh Stewart, who writes for The National, to talk about her critically-acclaimed first novel, and about her second one already in the works.

The geographical trajectory of Scott’s debut novel is hard to keep up with, Stewart writes for the UAE newspaper.

After all, Brandy Scott is a New Zealander in Dubai who wrote a novel about a fictional Australian town, had it published by the Australian arm of a publisher based in the United States, and then sold the television rights to fellow New Zealander John Barnett, of Outrageous Fortune-fame.

So it seems only fitting that the interviewer and interviewee are sitting at a South African restaurant as they chat about that novel, Stewart muses.

The smash-hit Not Bad People is Scott’s first published story – but it’s not the first one she’s ever written. She actually penned two novels whilst studying at Victoria University’s International Institute of Modern Letters in Wellington, but it wasn’t the one that started this whole crazy journey – it was a conceptual idea that landed her a book deal.

“I got an agent from that first manuscript. And she said ‘Are you working on anything else?’, and then I sent her three or four scenes from another idea,” Scott explains. “So instead of selling the book that I had already written, she’d sold the one that I’d written three to four scenes of.”

Scott came to Dubai and took up a role at a B2B when she was about 21, after studying journalism in the UK. It was only ever supposed to be for a year or two, but quickly became about 12.

“I really appreciated my job [when writing my novel],” she says. “Having both allows you to still be part of the world while writing. And your ideas come from being in the world. I loved the fact that I went to work and for four hours a day I could not think about the book.”

Scott is co-host of The Business Breakfast, Dubai 103.8. She grew up in Hāwera, Taranaki.