The justice summit — and the road from populism to principle

Mātua Zac (Anzac Wallace) made the news last week when he voiced his disapproval of the relatively low representation of Māori at the Hāpaitia Te Oranga Tangata criminal justice summit in Wellington. 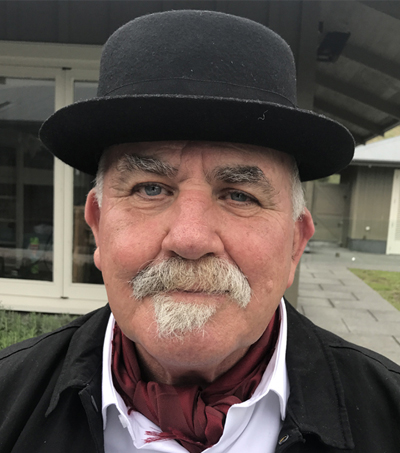 “Victims and victimisers are two sides of the same coin. Victims often go on to become victimisers. As is said, hurt people hurt people.”

Zac wasn’t impressed, either, by the way Māori were “being talked at” in the course of the presentations.

On the other hand, the primarily pale-skinned audience of academics, judges, officials, and other decision-makers were the ones who needed to hear the facts that Māori know only too well.

Not everything was perfect about the event. But perfect is the enemy of good. And, to me, the summit was good. Good enough, anyway, to make a start on tackling the intolerable, self-perpetuating social problem that is our criminal justice industrial complex.

So, good. Good that the justice summit happened at all. For the first time in political aeons in Aotearoa we’ve seen a demonstration of political leadership based on principle, on what must be done, rather than on populism.

It would be preferable to have issues of criminal justice approached in a multi-partisan way. But, despite being prepared to take a collective approach to issues around climate change, National’s Simon Bridges can’t bring himself to do the same for our social environment.

And, despite risking unpopularity in the court of middle-class, older-Pākehā opinion, Jacinda Ardern and Andrew Little, in particular, have eschewed the “hard on crime” playbook of the last 30 or so years, figuring that, if we keep on doing what we’ve been doing, not only will we get the same destructive results, but they’ll get worse.

Let’s take the latter aspiration. Effective. In 2016, we had a 57 percent rate of recidivism within two years of an inmate’s release from prison. Can you imagine a factory producing a product that fails at such a rate?

And then safe. Safe for those imprisoned, safe for prison staff, and safe for the community at large.

At the justice summit, there was some pushback by champions of the victims of crime — aka the oxymoronic Sensible Sentencing Trust — who vented that there was too much attention being paid to the perpetrators (whispered, Māori).

But victims and victimisers are two sides of the same coin. Victims often go on to become victimisers. As is said, hurt people hurt people.

The current inquiry into the historical abuse of children in state care, headed by Sir Anand Satyanand, will lift the scab off a suppurating wound that manifests in our high rates of incarceration.

The ensuing public release of decades of intergenerational pus and hurt that lies behind poor behaviour, behind a criminalised poverty of spirit, will be shocking to many New Zealanders. The comfortable middle class will encounter the disturbing realities of the lives of those of whom they are most critical — that dispossessed, marginalised, brown underclass.

But, if we’re to break the cycle of victimhood, it’s necessary to cleanse and cauterise those personal psychological and experiential wounds of the perpetrators — and to identify the systemic factors, including structural racism, that lead to the clearly disproportionate negative impacts on Māori.

Then we can make our nation whole again.

Obviously, it’s the flow into prisons that we must aim to reduce. I say reduce, not stop, because the truth is that some people need to be in jail for their own safety and the safety of everyone else. Sometimes people just need to be held still. They need to be able to reflect — and to consider their predicament.

Over the last couple of years, I’ve written around 25 so-called “cultural reports” under section 27 of the Sentencing Act. I’ve come to appreciate that when one listens to an inmate’s story in a non-judgmental way, and then can feed that back to them by way of a carefully considered report, they can separate out what was done to them and what they have done.

That’s if the report addresses the macro-political-societal context of their lives and identifies the points at which they themselves made the choices that led to their imprisonment.

The purpose of sentencing is to hold an offender accountable for the harm done to their victim(s); to denounce an offender’s conduct (that is, dissuade others); to deter an offender from committing further offences; and, to protect the community from the offender.

A section 27 report not only helps the court determine an appropriate and effective sentence but, as I’ve argued, it gives the offender personal insight. The psychologist Carl Jung held that, until a person recognises their predicament, they will stay condemned to repeat their self-defeating behaviours and, likely, suffer serial imprisonment.

On the other hand, with insight, and equipped with marketable skills, they can begin to see a way forward to legitimate employment and a stable, achieving life.

A former prisoner, as a well-employed, tax-paying citizen in a fulfilling job, is much less likely to re-offend (effective deterrence) — and thus the community is effectively protected.

Guess what, though? The bean counters in Legal Aid are refusing to fund section 27 reports, arguing that courts should fund them.

Duh! While section 27 Reports provide only one shard of an answer, how on earth are we going to reduce recidivism through effective sentencing when this sort of silo-mentality crap continues?

But back to the prison inflow. Many, many years ago, we had a programme called Detached Youth Workers. It was extremely successful in engaging clusters of young Māori on the very periphery of society and steering them towards pro-social engagement in all manner of training, education, employment, and personal development. I know, because I was New Zealand’s prototype Detached Youth Worker (DYW).

At this youthful stage, people are highly affiliative and often resist being individualised and sent along to a training programme or job. They want to do it together.

This desire for group work led to the formation of the Group Employment Liaison Service (GELS), and the rise of work co-operatives. Want to solve the conundrum of 80,000 “nefs on the couch” — rangatahi who aren’t in education, employment, or study — while we have to import workers to meet housing and infrastructure needs? Go figure.

Skills-development and steady employment are an excellent foil to nihilism, drug use and consequential crime. These DYW and GELS initiatives were disestablished by the Fourth Labour Government through a mix of dogma on the part of Treasury — subsidised work schemes were seen to create distortions in the labour market — and moral judgment on the part of ministers such as Phil Goff.

They considered these people on work schemes to be the undeserving poor. I know because I was the chief executive of GELS and Goff told me so.

The sixth Labour-led coalition government might want to consider going back to that 1980s fork in the road and think about what DYW and GELS might look like in 2018 and beyond.

Besides much kõrero and screeds of feedback notes, the justice summit produced a Māori caucus, a working party. Here’s one outcome that should be fostered and enabled. There was wide agreement that Māori solutions (by Māori, for Māori) held real potential to reduce both prison numbers and rates of recidivism.

These effective Māori solutions are less likely to arise through big iwi-driven services and more likely to come out of more intimate and possibly unique community-based initiatives that involve people who’ve “been there, done that” and have had some sort of epiphany.

Yes, community-based initiatives led by apparently reformed previous offenders will carry some risk. But these flax-roots, community-up, by-Māori-for-Māori solutions also hold the promise of high rewards through their effectiveness.

Moreover, they begin to trigger a pro-social multiplier of discretionary effort that has the potential to transform from localised initiatives into a broad, nationwide, progressive movement towards a safe and effective criminal justice system.

In tackling a problematic situation you’ve got to start somewhere. The justice summit was a start. The challenges ahead are gargantuan, elephantine.

How do you eat an elephant? Well, you can start by putting it in a hāngi.