In the year of my birth, 1952, a man from Timaru, and a student at the high school which I was later to attend, St Patrick’s Timaru, William Colin Mathew Durning (BDS, MDS, PhD), was awarded a Fullbright Scholarship. In fact, Colin, as was his preferred name, became the Zoller Fellow at the University of Chicago specializing in prosthetic surgery. He had a fabulous international academic career, at the Puerto Rico School of Medicine, Associate Professor in the School of Dentistry at University of Detroit, and other posts culminating as the Professor of Dentistry at the University of Otago Dental School which role he held from 1964-1971. Colin sired, by my count, ten children. In November 1996, at age 69, Colin’s final act of fatherhood was to become a Catholic priest. Professor, Doctor, Father, Durning. 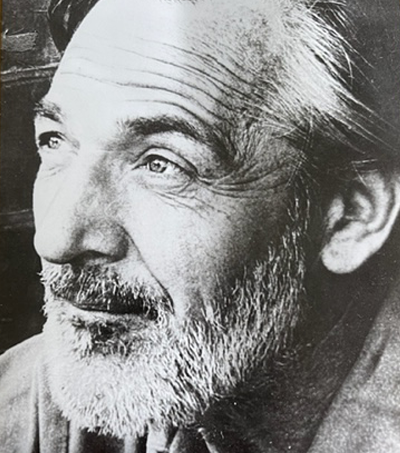 Colin died on 14th February 2022, aged 95. I travelled from Napier to Dunedin to attend his funeral. I was following Hemi’s (James K Baxter) instructions, outlined as a ‘cast-iron programme for communal activity, at Jerusalem, in crash pads, or in people’s homes’:

Give drink to the thirsty;

Give clothes to those who lack them;

Give hospitality to strangers;

Look after the sick;

Bail people out of jail, visit them in jail, and look after them when they come out of jail;

Tell other ignorant people what you in your ignorance think you know;

Help the doubtful to clarify their minds and make their own decisions;

Forgive what seems to be harm done to yourself;

Put up with difficult people;

Pray for whatever has life, including the spirits of the dead.

James K Baxter and Colin Durning had an affinity. In fact, Baxter dedicated Jerusalem Sonnets to Colin. After Hemi’s death Colin led the Jerusalem commune for a while. In 1973 Colin took on the role as Director of Dental Services at Porirua Hospital and his surgery quickly became a refuge for the distressed and bewildered. At times I was one such. Colin Durning was a calm, kind, man, a philosopher, and a source of deep and embracing spiritual energy.

At the centre of my mind the stone lies

And the bullock bleeds there – be it so.

Now and – you know Colin,

And winds back to that hard stone

The rock of unknowing – this old bullock will kick

Once or twice, but offers himself again

To the knife of love – Te Kare, wave of the sea

On which the Dove moved before the world began

For you I weep, for you I become a child

Since only children have power to grip the lightning

Unharmed – by doing nothing I will do

You may never have heard of Professor, Dr, Fr, Colin Durning but our nation is the better for his life and his works. Rest easy matua. Denis