Though a regional disaster for most, the 7.1 earthquake which hit Christchurch in September will generate some serious business for New Zealand’s largest construction group Fletchers. While acknowledging the tragedy of the earthquake, investors…

New Zealand’s 45 kilometer-long Southern Alps have been the subject of a ten year American study which has been collating data by GPS in order to determine how fast the mountain range is rising….

Brazil on the Cards

Ricki Herbert has signed a new two-year contract as coach of the All Whites. Herbert, 49, took New Zealand to the World Cup championship for the first time since 1982 guiding the squad through…

Champion jockey Rotorua-born Michael Walker, 26, has won the $AU7, Sphinx Hotel Handicap (12m) on Venus World at Moonee Valley in Melbourne. Walker started his riding career 11 years ago and in his first…

New Zealand director Jane Campion’s daughter Alice Englert, 16, has her sights set firmly on a career in music rather than film writes Kristie Lau for The Sydney Morning Herald. “I love my mum…

New Zealand narrowly beat Australia 23-22 in the final Tri-Nations match sealing an unprecedented clean sweep in the southern hemisphere rugby championship with a record 1th consecutive win over the Wallabies in Sydney. New…

Wallabies coach New Zealander Robbie Deans says there is no doubt Richie McCaw is the greatest modern skipper in All Blacks history. McCaw has led New Zealand in more rugby Tests than any other….

New Zealand is still hitting its creative stride, and is right up there with the big competitors according the most recent Young Guns Awards. Auckland’s Media Design School has been named 4th best…

Return to the Land

New data from evidence found in New Zealand has revealed that the Southern Hemisphere continued to warm its way out of the ice age, even as the north temporarily plunged back into a another…

One of the most influential performing artists agents in the United States will represent Wellington actor Jacob Rajan and his Indian Ink Theatre Company. Agent David Lieberman, a legend in performing arts and festival…

“I am in the midst of a living, pictorial history as it is being etched into our nation’s collective memory and into the core of this unstable but stunning landscape of Canterbury,” Jacqueline Monkman…

Queenstown-born children’s author Craig Smith is currently touring Australia promoting his best-selling book Wonky Donkey. Smith began his tour at Hobart Library where a crowd of 5 children danced and clapped as he read…

New Zealand patent lawyer Professor Yvonne Cripps, who is now based in London, was recently a guest on the BBC World’s radio programme The Forum discussing the patenting of genes and whether “we really…

The Black Ferns have won their fourth Women’s Rugby World Cup beating England 13-1 at Twickenham Stoop in front of a crowd of 13,253. Guardian sports writer Robert Kitson declared the match “the most…

The Otago Rail Trail is New Zealand’s first dedicated long-distance cycleway, following part of the course of a former railway 15km into Central Otago from Dunedin, and used by some 2, cyclists a year….

Ray Avery — New Zealander of the Year 21 — is interviewed by Hindustan Times reporter Tithiya Sharma for a series she is undertaking throughout the year profiling 1 “everyday heroes”. In 23, Avery…

Amidst grottos of fern

About 4 walkers, both guided and independent, tramp Fiordland’s Hollyford Track each year. The Australian’s John Borthwick writes that New Zealanders’ “love of hoofing it over hill, dale and scrub, tramping, not rugby, is…

On the Ring of Fire

In the early hours of Saturday, September 4, Christchurch was struck by an earthquake measuring 7.1 on the Richter Scale, the same magnitude as that which hit Haiti in January. The quake was shallow,…

Garden editor for the New Zealand House and Garden magazine Gordon Collier was recently in Seattle giving a lecture on the flora and fauna of the remote Chatham Islands. Collier’s illustrated lecture, “A Land…

Flight of the Conchords’ stars Jemaine Clement and Bret McKenzie will make a guest appearance on hit show The Simpsons in the first episode of the new season, Elementary School Musical, to be broadcast…

One of the best

New Zealand’s listed stock exchange NZX has been included in a Forbes list of the 2 ‘Best Under a Billion’ top-performing companies in Asia for the fourth consecutive year. The NZX was listed by…

All the Better for Pero

First the Tall Blacks beat Canada 71-61 at Halkapinar Arena in Izmir, Turkey, and then France 82-7 in the knockout round of the FIBA World Championship. The team now faces Russia (the TBs went…

Three years ago, in anticipation of substantial growth in the voluntary and compliance carbon markets, governments and business groups around the Asia-Pacific region were jockeying to establish a regional hub for carbon trading, including…

Auckland-born fashion designer Emilia Wickstead, 26, talks to the Telegraph’s Samantha Cameron about low-key style and “how to do stealth chic”. Wickstead says: “When I was 14 I moved from New Zealand to Milan,…

Leading NZ actor Karl Urban makes Nylon‘s list of “those most likely to succeed.” The interview reveals a lifelong passion for film and theatre, from amateur play-writing (at age 8) to a string of… 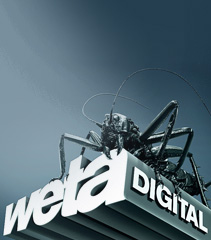 In the footsteps of Frodo

The inevitable spate of Rings-related travel articles continues, with major features in the Scotsman and New York Times. The Scotsman writer – who walked the Tongariro Crossing and Routeburn Track, and sailed Milford …

Wake up! To coincide with the ‘Amazing Race’ visiting New Zealand, roaming New Zealander ambassador of down under adventure, Phil Keoghan, will be staging ‘ Kiwi Week’ on the CBS Early Show…. 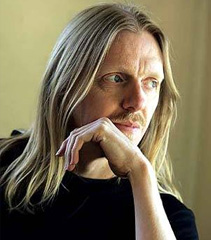 “I’m from New Zealand, I only know about rugby.”

Andrew Adamson, NZ co-creative behind hit movie Shrek, is reportedly confused by the green ogre’s latest claim to fame – as unofficial mascot of the New York Jets. Adamson: “are the Jets baseball or… 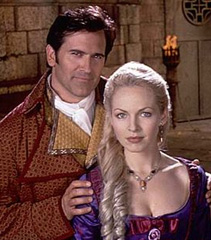 Angela Dotchin is the boss-fox 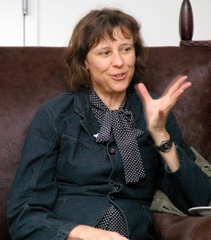 20 to watch in 2000: “Film’s drug-subculture genre has been pretty played out lately – really, how many times can you watch an artfully mussed stud or starlet shoot up on screen? But director Alison… 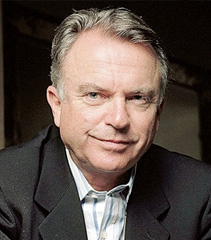 Growing up in New Zealand, Sam Neill was aware of Thomas Jefferson merely as “writer of the Declaration of Independence, architect, politician, two-time U.S. president and big cheese on Mount Rushmore.” (5February 2)

New Zealand “is the ideal destination to gain maximum distance from everyday life” describes German magazine Geo in a special edition about this country, which includes stunning photographs of Fiordland, Nugget Point and Hoopers…

“Tramping is a Way of Life in New Zealand”

and we wear grass skirts … Michigan’s mlive.com  looks at New Zealand’s “love affair with tramping”, falls for the guide’s gospel, and admires our extensive National Parks system, including ‘the finest walk in the world’: the… 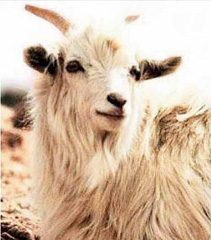 2 page spread in LA style barometer Flaunt for chanteuse Anika Moa, that explores the edge in the angst. “One of the things you will hear throughout Thinking Room is the same melancholy moodiness that infuses…

Maori language musician Hinewehi Mohi features in Adventure Divas, a best selling book by US writer/editor turned intrepid documentarian Holly Morris. A few years back Morris traded in her desk job in order to scour the…

“A major new talent destined for greatness”. Samoan Jonathan Lemalu, continues to stun the UK music scene. As well as featuring on the cover of the Sunday Times Magazine, the bass baritone received the Young Artist Award…

Wai 100% nominated in Asia/Pacific and Innovator categories of the BBC’s World Music Awards. Singer Mina Ripia and producer Maaka McGregor have created a sound described as a “startlingly original combination of the ancient and the…

The latest work by acclaimed ex-pat composer Lyell Cresswell is, appropriately enough, about exile. Shadows Without Sun, which premieres with the Scottish Chamber Orchestra in mid-December, fuses the voices of a bigoted 19th century Highland preacher and…

Rhombus nices it up