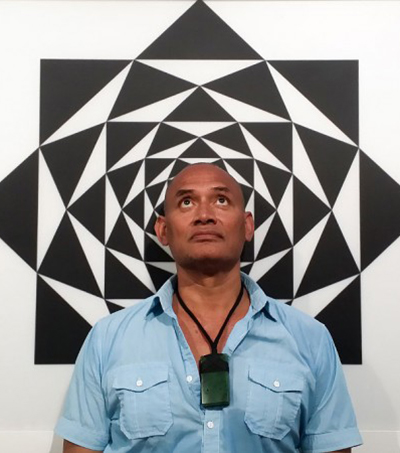 “New York is the best place to test your spiritual life,” Lousi said. “Forget about retreats. Here, you’ll really see whether you’ll make it or break it. We all have the capacity within ourselves to be the highest beings. Somehow along the way we forget and limit our way of seeing things.”

Though Lousi has made himself at home here, getting up the gumption to come to New York was a process.

Having made the switch from philosophy and an established career in the health and fitness fields to full-time art at the age of 38, Lousi had long nursed the idea of going to New York to launch his new career, but was emotionally blocked from taking action.

It was in an intense meditation session in September 2013 that he saw his own fear—fear of financial uncertainty, of breaking into a new industry, of failure.

“There were 25 of us, and we were going to do this meditation for one week. We had signed [an agreement] that we can’t walk out. I saw the whole landscape of New York, the places I’d visit, the people I’d meet. It was like déjà vu, only there was no sound—it was like a moving picture, a silent film.”

Sitting there with this scene swirling in his mind’s eye, tears fell in torrents. Mulling it over afterward, Lousi battled with his doubts. One day while driving his 7-year-old son Aliki (whose name means “Divine Chief”) to school, he brought up the idea.

“What would you say if Daddy went to New York for several months?”

As Lousi recalled, Aliki thought for a while and replied, “I will miss you. But the world needs to see your art.”

With Aliki’s blessing, Lousi set out, several oversized artworks in tow, no plan in mind except for the end goal of having an exhibition in America’s art capital.

Lousi remembers growing up in Tonga and being overcome by a divine feeling as he gazed up at the lashings on the roof of the church house.

“With no written history, the art has been the main way to restore and preserve the culture,” Lousi said.

People may at first glance categorize Lousi’s art as abstract. But because it draws upon ancient traditions, it resonates with something innate and universal. Many motifs are not native to only Polynesia, but also to China and Japan, Greece, and the Americas.

Mawson describes doing a double take when she noticed that him wearing a gigantic green stone around his neck. She guessed he was from New Zealand. She herself had on a carved bone pendant from her native Wellington.

Having identified each other as fellow kiwis, they got to talking about the Maori New Year, which was just taking place. Mawson handed him her card and asked him to email her. On it: her title, Event Planner.

Before the month was out, she had helped Lousi open an art show at Gallery MC on Manhattan’s West Side. Lousi also needed a place to stay. Mawson put him up for two months.

It seems that invisible hands guided Lousi every step of the way.

Having secured an event space, Lousi’s next challenge was getting four oversized artworks released and transported from customs at JFK. A porter approached Lousi and said that his shift had ended hours ago, but stayed behind with the feeling that there was someone he needed to help.

Lousi is currently bound for New Zealand to prepare for the next leg of his artistic journey. His next New York exhibit is scheduled for April 29–May 12, 2015 at Gallery MC.

Image: Artist Uili Lousi with his piece, “The Secret of the Golden Flower,” 2010. Acrylic on perspex. (Courtesy of Uili Lousi) 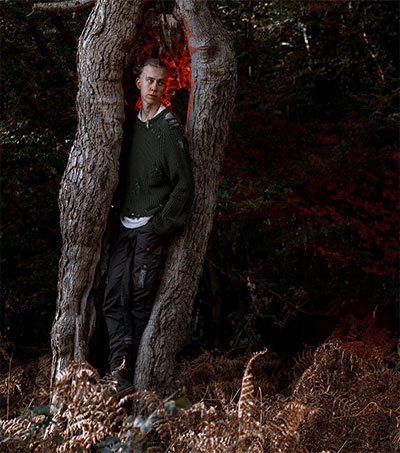