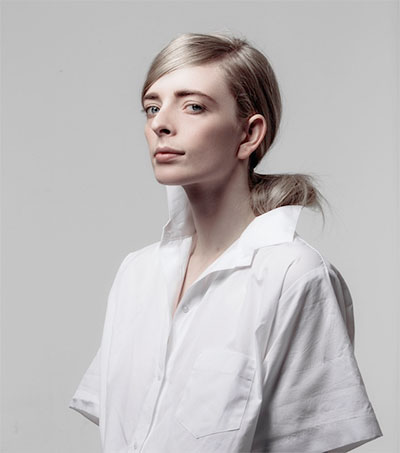 Singer Chelsea Jade Metcalf has created considerable buzz in her home of New Zealand, and she’s finally ready to take her art elsewhere; she’s been in New York recently for the CMJ Music Marathon, and in November heads to Japan where she won a coveted spot at the Red Bull Music Academy.

Chelsea Jade’s EP Beacons was released on 24 October and epitomises that “come close, don’t come too close” vibe she puts out, according to Vice reporter Emilee Lindner who met up with the musician in the US.

Listening to it, you’re intrigued. You begin to feel what she feels. You might almost reach a point of discomfort.

“I don’t really mind if people don’t like it; I just want people to have the option of not liking it,” she said of her EP.

Since her debut under the name Watercolours, she’s won the 2012 New Zealand Music Award for Critics’ Choice Prize (the same award won by Kimbra the year before), put out her Portals EP in Japan, and readied her current release.

She finds the realm of electronic music daunting, so she uses field recordings as starting points to build a song from. You can hear water trickling in “Find Me” – a sound she captured on her iPhone. With her musical inclinations, it’s easier to find a melody to the beat of her footsteps then sit in front of a blank computer screen.