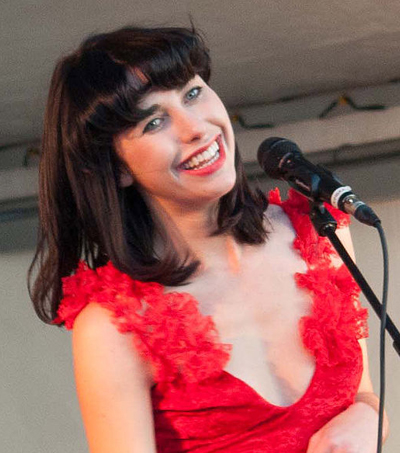 “For the fourth year in a row, our team at Forbes Asia has been scouting the Asia-Pacific region in search for 300 outstanding individuals to highlight in the annual Forbes 30 Under 30 Asia list,” writes Rana Wehbe in an article for Forbes. The New Zealanders that made the cut were:

Ezekiel Raui – founded “TuKotahi, which means “stand as one,” to tackle youth suicide and mental health issues among students in New Zealand.”

Elinor Swery – a “senior solutions architect at Soul Machines, where she works with international companies to humanize the way in which people interact with technology.”

Kimbra Lee Johnson (pictured) – the “Grammy-winning New Zealand musician better known as Kimbra”, who “will soon be making her acting debut in a big screen adaption of the musical-drama production Daffodils.”

“If you think millennials and Gen-Z are just building businesses for the short-term gain, think again. This year, it was particularly interesting to note that many of these innovators are not just driving change in the region – but working towards cementing its positive effect in the long run, especially in developing and emerging markets,” writes Wehbe in the article.

“From using technology to better their sectors, to helping SMEs thrive through sustainable options when it comes to food and energy – some have been working on innovative solutions to solve problems while building successful businesses at the same time.”