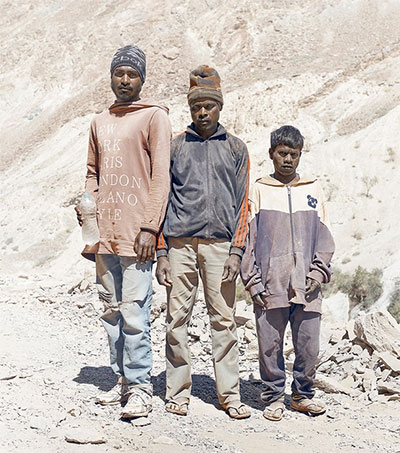 Photographer Zico O’Neill is known for his breathtaking, desaturated photography of little-visited locations far from his home in New Zealand. Since 2010, he’s made a point to spread his wings and travel, from four years spent living in the Middle East to his most recent journey to the remote northern India region of Ladakh. Arts and culture news site My Modern Met speaks with O’Neill about his travels and how he forms his vision of the peoples and landscapes he encounters.

By spending time in places where few tourists visit, O’Neill is able to provide a unique perspective on life and culture in these areas. Selective about what he shoots, O’Neill aims to have each singular photo tell its own story. From Petra to Jerusalem, the washed out stone and sand brings a uniformity to his work, which has been featured in international publications.

O’Neill says the Middle East is very different to the Western world.

“This contrast was definitely something that drew me in,” O’Neill says. “Being curious, but also being a photographer, in a place like that made for such an interesting experience. The Middle East is a playground for photographers. The light is absolutely incredible and there are endless subjects to focus on.”

My Modern Met asks O’Neill about his most recent trip to Ladakh, India.

“I wanted to go somewhere that was off the main tourist track and had heard incredible things about Ladakh. When I went to Iran, there were hardly any tourists around and it made for such a unique experience, the locals were more willing to interact with you. I suppose I was looking for something similar in Ladakh,” he says.

O’Neill has just returned to live in Auckland.