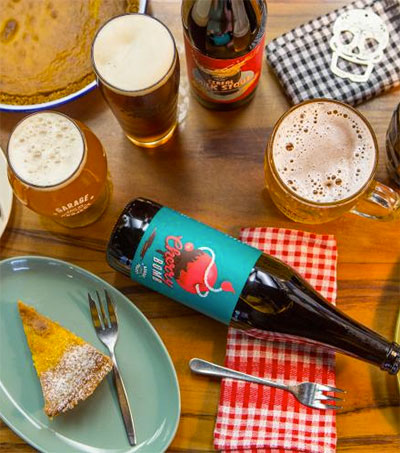 A to Z of New Zealand Food and Beverage

“Crossing the Ditch to New Zealand no longer means a step back in culinary time. Our trans-Tasman neighbour is right up with modern food trends so food lovers will find artisan products, farm-to-fork dining, Asian/fusion/local/seasonal and organic yada yada, just like at home,” John Corbett writes for the Herald Sun. “From fine-diners to food trucks, there’s also no shortage of good eateries, and even out-of-the-way places serve good coffee.”

Corbett provides an A to Z itinerary of New Zealand’s food and beverages, beginning with abalone. Here are a few examples from his selection:

“Abalone in New Zealand is known by its Maori name, paua and it’s usually jet-black. You will most likely encounter it either as classic paua fritters at a takeaway outlet or fancy-sauteed in a posh eatery,” Corbett says.

According to Corbett, “you’ll either love or hate [the] South American immigrant [feijoa] that has become a New Zealand garden staple. During its season from March to June, [locals] go collectively mad for the green, egg-shaped fruit with a distinctive perfume, gritty texture and taste between pineapple and mint. Scoop out the raw flesh with a spoon or add it to cakes, muffins and smoothies.”

“The deep-south islands of Foveaux Strait yield the mutton-bird or sooty shearwater (titi, in Maori), whose smoke-preserved flesh is indescribably fishy/oily/pungent and a very acquired taste indeed. Definitely does not ‘taste like chicken’.”

“Back in the 19th century, the English gentry thought it would be jolly to stock the young colony with trout; 160 years later, anglers come from all over the globe for New Zealand’s superb lake and river fishing. The salmon runs on the east coast of the South Island are also world-class. Licences are required for both. Salmon is also farmed in New Zealand so you can enjoy it without effort.

“World-Famous in New Zealand is a slogan created for Lemon & Paeroa, a century-old soft drink originally made in a small North Island town. A 6m sculpture of an L & P bottle now stands in Paeroa’s main street. If you prefer your lemons more ‘grown-up’, Sovrano Limoncello from Kerikeri is the best this side of Italia.”