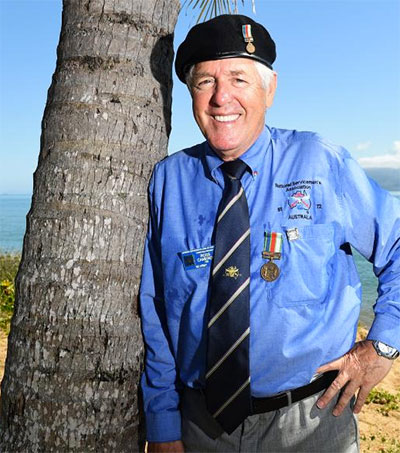 Ross Cameron never saw the bloody conflicts of Vietnam but he almost got the call. The New Zealand-born National Serviceman, who lives in Townsville, Australia, had his birthday come up in his country’s compulsory military service ballot in the early 1970s and as he was preparing to fight the war was declared over.

“It was terrifying to think about because it wasn’t a choice,” Cameron said.

“It certainly was a place you wouldn’t want to go. But not having to go didn’t help the guys who died there.”

Cameron has lived in Townsville for about 10 years joining the local National Servicemen’s Association in 2006.

“Nashos never used to get together until the 1900s,” he said.

“It’s very much a good thing for younger blokes like myself to get involved in.”

Australia has seen four periods of compulsory military service, with the last two schemes, 1951-1959 and 1964-1972, seeing tens of thousands of ‘Nashos’ serve the nation.

Under the National Service Act 1951, all young men turning 18 on or after 1 November 1950 were required to register for the scheme.