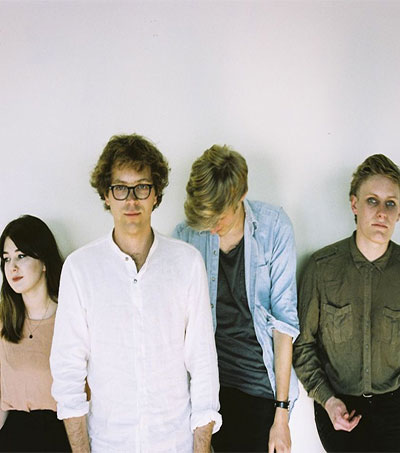 Yumi Zouma on Album Release Tour in US

“Even though it’s our third release, this is the first full-length release we’ve done, so it’s the first time we’re getting real reviews, which is fun. But the most special things written are when people just send little messages saying that they love the record and how much it means to them. Those are the best,” the band told South Texas newspaper the Monitor.

“How do your different musical and creative influences shape your music?” the paper asks. “How would you describe your sound for people who have never heard it?”

“This question is always really hard for us because all four of us are big songwriters in Yumi Zouma, but we’re all really different producers with different music tastes,” the band explains.

“Sam [Perry]’s a goth, Josh [Burgess] is a tech-yoga guru, Charlie [Ryder]’s a pop fiend, and Christie [Simpson] is a classic rock queen. We never set out to make Yumi Zouma sound a certain way, and that has continued with the songs on Yoncalla – they’re just the happy accident of us all colliding together in a way that we couldn’t replicate on our own.”

Yumi Zouma continues their US tour before heading to Japan in September.