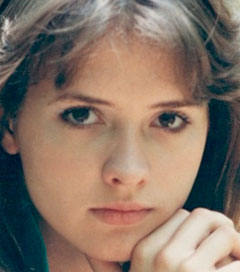 “Assembled via email, at night, from far-flung corners of the globe is the debut EP from these ex-pat New Zealanders,” Guardian reviewer Paul Lester writes, including Yumi Zouma in the publication’s “Band of the Day” column.

“Yumi Zouma’s music – budget-plush, instantly poignant – sounds placeless. It could have come from anywhere, and yet it was made everywhere – or at least in countries as far-flung as France (Charlie Ryder), America (Josh Burgess) and New Zealand (Kim Pflaum), where the three members live. It’s a very modern way of operating, via Dropbox. They used to live together in a house in Christchurch, until it was destroyed in the city’s 2011 earthquake. They used that terrible event as the impetus to scatter, but their connection lingers in the songs they file-share into existence.

“There is no right time for Yumi Zouma, but if there is it’s in the past: their self-titled debut EP.

“You would never know that Ryder and Burgess (who works in New York for Captured Tracks, specifically on the label’s Flying Nun catalogue) used to be in New Zealand disco-punks Bang! Bang! Eche!

“Here’s a rare example of a band we really like that we don’t ever want to reunite.”