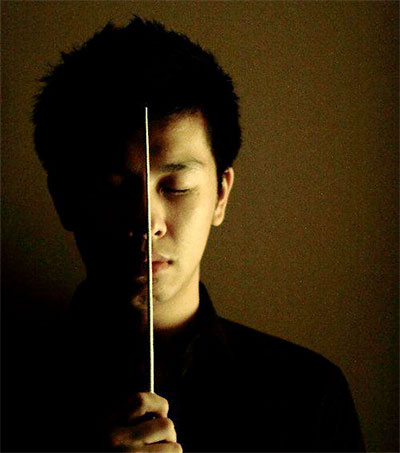 Aucklander Ray Chan, 23, has become one of only two students in the world to be accepted into a prestigious conducting programme at the Royal Academy of Music in London.

Chan beat about 30 international candidates who auditioned for a spot on the school’s postgraduate conducting programme.

After leaving Macleans College, Chan received a scholarship to study piano performance at a university in Singapore. There he was also given the chance to train as an orchestral conductor.

He was so good he was asked to perform at a number of festivals around Europe.

This year he was invited to the live auditions for the Royal Academy course.

“I couldn’t believe it. I spent the entire summer preparing for it.”

Asked what he thought helped make him a good conductor, he said he had one secret – listening.

“I think I’m good at listening; not just at what’s happening in the music, but also listening to people who have been in the industry for a long time and are offering you advice.”

Original article by Vaimoana Tapaleao, The New Zealand Herald, May 1, 2014.