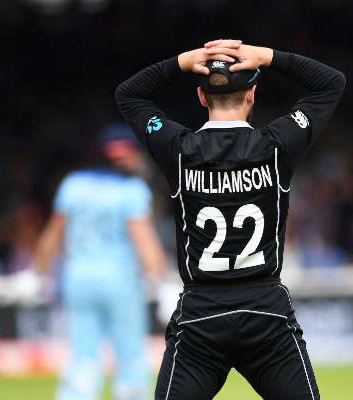 Winning The World From The Edge

In the greatest game of cricket ever played – it was the World Cup final after all – it was New-Zealand born Englishman Ben Stokes who grittily anchored the home team at Lords against the Black Caps in what CNN described as a “ridiculously dramatic” match. The Guardian called it “the most frenetic, transcendent, remarkable match in the history of the World Cup.”

England’s win was sealed on the very last ball of a match that ended tied, went to a ‘super over,’ tied again, and was decided in an instant on the number of boundaries struck. Every player knew the calculation. As The Times of London reported, “everyone at Lord’s was a shaking wreck by the end of a contest that boiled down to a batsman’s mad sprint, a fielder’s throw and a wicketkeeper’s composure.”

They say don’t bring a knife to a gun fight. New Zealand brought boa constrictors, such was their ability in the semi-final against India, the world’s #1 rated team from a subcontinent of 1.3 billion, and England in the final, to apply immense physical and emotional pressure to their opponents, squeezing them to gasp and falter.

Both understated and underrated, New Zealand’s sleath-like approach has been punctuated by both moments of genius and ordinariness, such was the failure of the opening batsmen to lay a foundation. No matter, New Zealand were adept at defending plausible batting scores with inspired pace and guile with ball in hand and breathtaking fielding. Not only did the Black Caps fulfil the first challenge of any championship team to be “in contention,” they were fiercely and intelligently competitive with a big match temperament.

That New Zealand was defeated is no shame or letdown. This was no capitulation, like the San Francisco America’s Cup regatta when we were 8-0 up and lost 8-9. This was a full coronary event, 612 balls bowled and the result decided by inches at the death. Lords is as establishment as you can get in Great Britain, and never in its history did it rock like today. Taking a charitable view, England’s victory at this time of its catastrophically muddled politics, the prospect of Boris Johnson and the generation-long failure to secure any satisfaction from the football World Cup, makes this a sweet moment for the country we used to call “Home.” It was England’s first World Cricket Cup final since 1992 and its first-ever victory. Fair spoils.

The 2015 World Cricket Cup played across New Zealand and Australia produced swashbuckling heroics from the Black Caps on short boundary fields. Brendan McCullum’s team were our first into the WCC finals, but there was a certain inevitability that we would be crushed in the Leni Riefenstahl-sized Melbourne Cricket Ground, 100,000 seats of defeat. Lords 2019 was a true contest.

Edmund Hillary climbed Everest for the British Expedition in a post-war Britain needing an adrenaline shot. Ben Stokes was born in Christchurch, apparently displaying an aptitude for straight shots to the boundary while in nappies. The Kiwi family departed for the UK when Ben (now 28) was 12, his father to coach rugby league (they now live back in Christchurch). Twelve years playing cricket in Christchurch can only be called formative. Stokes is now a Brit, married to a Brit with Brit kids, but he is all Kiwi 3G DNA: grit, guts and genius.

Kudos to Kane Williamson, another sporting scion from Tauranga Boys’ College which has produced America’s Cup winner Peter Burling and All Black Sam Cane. Can there be glory in coming second? Do nice guys finish last? The players and coaches will unequivocally say “no.” There will be post mortems and regrets for squandered chances. The All Blacks can never lose to England and us feel ok about it. In a sport full of edge references both literal and metaphoric, Cricket, however, not Rugby, is actually the game they play in heaven, and today was heaven. Vince Lombardi, the greatest coach in American National Football League history, said once that “winning isn’t everything, but wanting to win is.” Sums up today.