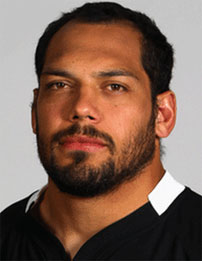 New Zealand World Cup winner prop John Afoa, 28, has signed a two-and-a-half year deal with Ulster. Auckland-born Afoa came on as a replacement in New Zealand’s wins over Japan and Argentina in the tournament. Afoa’s arrival will be a boost for Ulster who have lost their last four games. Since joining the Auckland Blues in 2004, Afoa has made over 100 Super Rugby appearances. He has represented New Zealand at School, U19 and U21 levels and in 2005 he made his senior debut for New Zealand against Ireland. Afoa was a student at Auckland’s St. Kentigern College, where he played first XV rugby alongside fellow All Blacks Joe Rokocoko and Jerome Kaino.