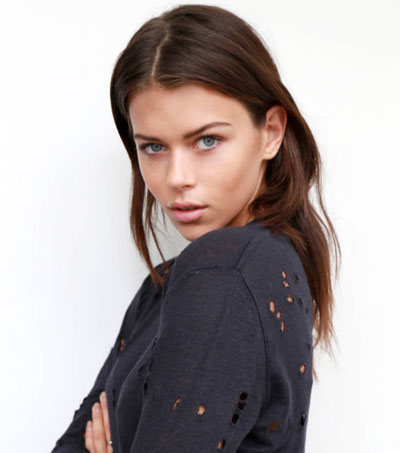 Every year a brand-new set of models is given the opportunity to walk the Victoria’s Secret Fashion Show, and this year’s class, including Aucklander Georgia Fowler, 24, is bolder than ever.

With the girls taking to social media to express their excitement, and some of the industry’s biggest stars gearing up for debuts on the Victoria’s Secret runway, the 2016 show will be filled with fresh talent, writes Janelle Okwodu for Vogue.

“Signed to an agency as a tween after her big sister was scouted, Fowler is a modelling industry veteran before her 25th birthday. Making a splash this season on the runway for Miuccia Prada at Miu Miu, Fowler will be introduced to a whole new audience once she walks Victoria’s Secret,” Okwodu says.

She will join fellow New Zealand model Stella Maxwell on the catwalk for the 30 November show.