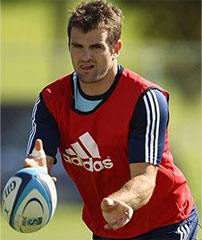 Auckland Blues versatile back Jared Payne is moving to Ulster on a three-year contract where he will play at either wing, centre or full-back. A former New Zealand Under-21 international, Payne made his Super Rugby debut for the Waikato Chiefs in 27. He then spent two years with the Canterbury Crusaders and joined the Auckland Blues earlier this year before the Super Rugby tournament. “I had always thought that I would like the chance to play abroad at some stage in my career,” said Payne, who has led his province Northland in the ITM Cup since 29. “I didn’t think that chance would come up as early as it has but I am delighted to have signed for Ulster.”