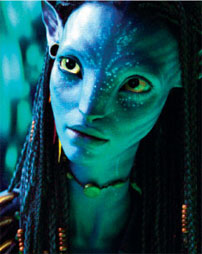 New Zealand’s “famously scenic locations are a big draw for Hollywood filmmakers — but they’re not the only one,” Sangeeta Anand writes for Time. “New Zealand’s Large Budget Screen Production Grant offers a 15 per cent rebate on production expenditure. The producers of Avatar, large portions of which were filmed in Wellington’s Stone Street Studios, received $32 million from the grant (in return, the country earned an estimated $307 million in revenue). Then there’s New Zealand’s innovative visual effects (VFX) industry, which, though less than a decade old is now becoming a major player, contributing around $180 million in film revenues in 2006-07 alone, according to a Department of Statistics survey. Companies like Weta Digital, which garnered three Oscars for its work on Avatar, and which is working on both Hobbit movies, are winning international plaudits for their work in special effects, art direction and cinematography. ‘There seems to be a unique creative sensibility here in New Zealand, in both the artistic and technical sense, and Weta Digital certainly sets that standard,’ Film New Zealand’s chief executive Gisella Carr says.”