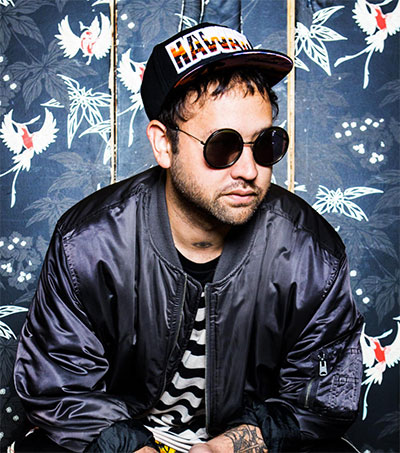 On 2015’s Multi-Love, New Zealand-born Ruban Nielson, 38, frontman of Unknown Mortal Orchestra, saw his personal life laid out and analysed. Now, on the band’s fourth LP Sex & Food, he’s trying to keep it “dumb”. Or his version of dumb, at least.

After opening himself up for public consumption on Multi-Love – a record written about the year he spent in a polyamorous relationship with his wife and a new partner – Nielson began to find that the heavy and meaningful way his life was being portrayed was at frustrating odds with his own view of himself.

“The thing I regret is that it came across so deep and intense and I got so tired of that because it’s not my personality or what my records are supposed to be about,” Nielson explains.

It’s an experience that’s clearly made him more wary in situations such as these. Even now, three years after and with a new record on the way, he back-ends every insight into the album or the world at large with a giggled groan or an affirmation of his own lack of depth.

“I’m really simple and dumb and I think that’s an important part of what I want [this new] record to be about,” he protests. “I don’t want it to be something that you delve into or something that’s weighing on people. I want it to be a relief from heaviness.

“I had one more chance to put a frame around this feeling that I’m trying to achieve and I needed something that would explain how dumb I am.”

Nielson, though, is clearly far from it. Having managed to take his strange breed of woozy distortion out of his Portland basement studio and onto sizeable stages across the world, he’s now four albums in, and with his own singular identity. Other artists might draw influence from his bubbling, lo-fi sounds, but no one does it quite like UMO.

Written in and influenced by travels to cities including Reykjavik, Hanoi, and Mexico City, Sex & Food is a record in and of the world at large. It’s an album that could only have been made by the man at the centre of it, but one imbued with a sense of universality, in its title and beyond. It’s funny and sad and joyful and strange all at once, sitting in the strange middle ground between these things, again much like its creator.

Unknown Mortal Orchestra tours North America throughout April and May. They then head to Europe, playing first in Hamburg, Germany at Uebel & Gefährlich on 18 May. 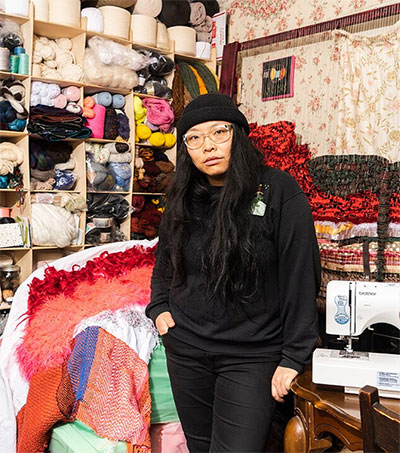 After working four months with a tapestry company to create a textile for an upcoming show, New Zealand-born Portland-based artist Vo Vo ran into a problem: The company refused to print…